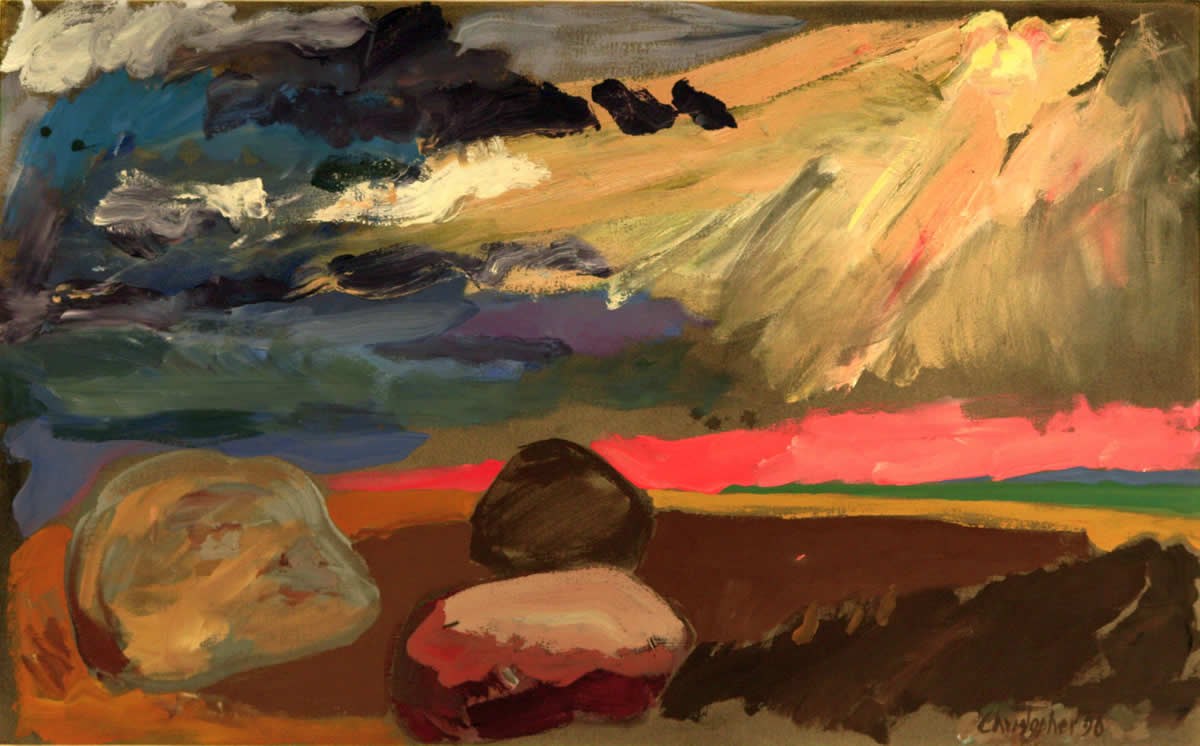 This exhibition presents artworks from throughout Ken Christopher’s remarkable career – featuring highlights from the Alberta years and after his return to Saskatchewan.

Born in Swift Current in 1942 and raised in southwest Saskatchewan. At age 16 Ken Christopher left the family farm near Pambrun Saskatchewan and moved to Alberta to begin his career as an artist. He studied at the Alberta College of Art in Calgary, AB and at Simon Fraser University in Burnaby, BC. Ken Christopher settled in Calgary, where he raised his family and had a highly successful art practice from the 1970s to the 1990s. This was a period of great achievement in his life and art making. His artwork was exhibited provincially, nationally and internationally. His work was purchased for private collections and major corporate and public collections nationally and internationally. In the mid 1990s Ken returned to southwest Saskatchewan. He entered a period of self development. He spent time travelling throughout North America. His art practiced slowed down and diversified into painting, music performance and writing. In recent years he spends his summers in southwest Saskatchewan and his winters in southern British Columbia. He continues to paint.