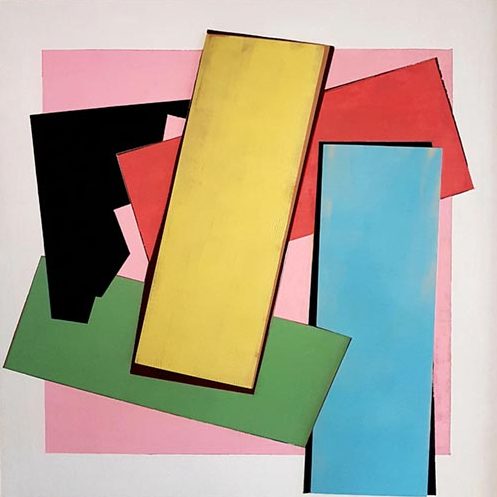 An exhibition surveying the past decade of art making by renowned painter Robert Christie of Saskatoon.

On the edge of a hay field against a grove of trees south of Saskatoon sits the studio – the red studio – of artist Robert Christie. He built the studio in 1985 and every week, and most every day since, Christie has gone to the red studio to make his artwork. He began his art practice in the 1960s painting in rented studio spaces around Saskatoon. He taught art for more than ten years in the public art gallery, the schools and at university. He owned and operated one of the best galleries in the province for thirty-five years. He participated or coordinated the annual international professional artist workshops at Emma Lake from the 1970s  to the 1990s. He sat on the Board who led the development of the Remai Modern Art Museum. In spite of his day jobs and all his contributions to the visual arts in Saskatchewan and Canada, Christie remained committed and constant in making his artwork. Robert Christie’s artworks are included in public and private collections across Canada and beyond.

Engaging the viewer in a compelling, purely visual experience is the primary outcome of a painting by Robert Christie. Using a creative process of exploration and development, each work goes through an ambitious negotiation of visual elements including all the dimensions of colour, texture, edge, proportion, and real and implied space. There is a building up and taking away of parts. A merging of two and three dimensions. A harmony of careful design and spontaneous discovery. Christie does not make a presupposed picturesque composition within a frame. The resulting object produced through his creative process is a discovered composition. More unique, fresher and surprising than a predetermined arrangement. For the viewer the artworks are playful, dynamic and beautiful.

For more information about the artist and the artwork read the Artist Statement and Comments presented throughout the exhibition. A printed publication is available for this exhibition with an essay by art writer Levi Nicholat, Director – Curator for The Gallery Art Placement of Saskatoon. You can also watch a video interview with Robert Christie available in our lobby and on our website (coming soon).

We gratefully acknowledge the support of Sask Arts, Sask Culture and the City of Swift Current. 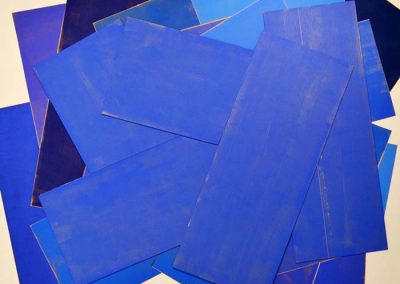 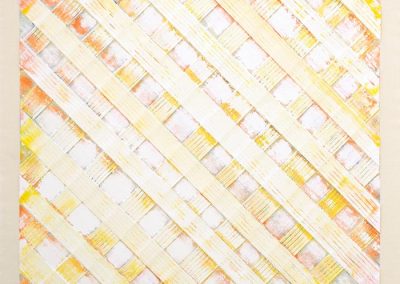 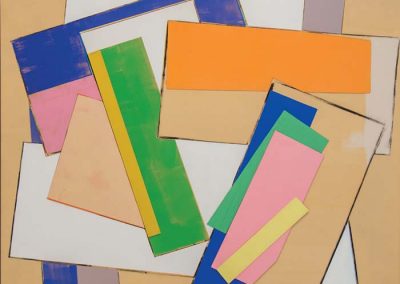 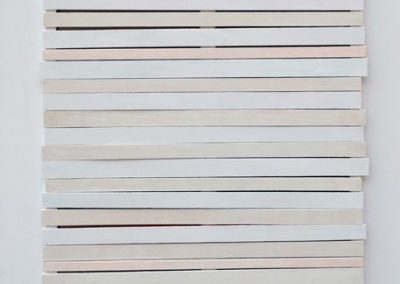 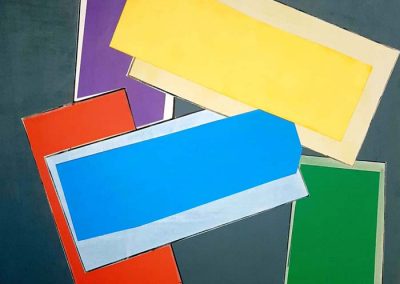 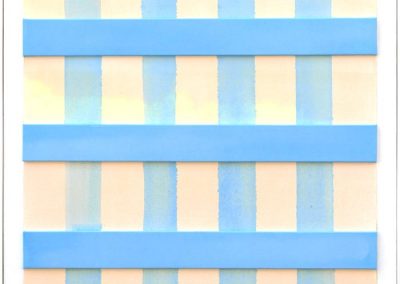 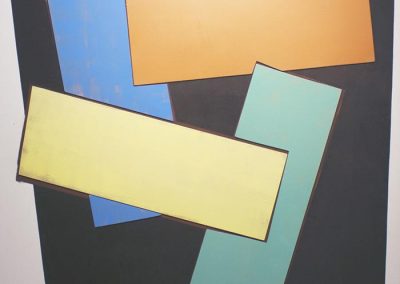 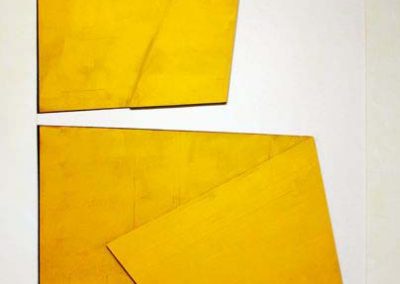 I’ve always found it difficult to write a statement about my work. Like most artists, I am too close to my painting to be objective about it. Often what I want to do and what I’m actually accomplishing are worlds apart. Furthermore, I come from a background that believes that the artwork should “visually” speak for itself.

Having said that, I will simply attempt to give the viewer a few insights into my working process and how my paintings develop. To begin with, I paint almost every day and I have for many years. I had my studio built thirty-five years ago on an acreage about six miles south of Saskatoon. It’s approximately 1200 square feet with a 10-foot ceiling. There is a garage close by. When they were built, I thought I had lots of room to paint. Now both the studio and the garage are half filled with painting storage. I usually have two or three paintings on the go at any one time. Generally, I work within a rather loose series with one painting overlapping and impacting the next. Hence there is what might be called a “familial” resemblance amongst the paintings at the early stages. Countering this, however, is my natural tendency to over-work my paintings, often taking several months to completely resolve many works. Consequently, my thoughts on any specific work may go through numerous stages resulting in the finished product often having very little connection to its beginning.

In addition, I want the work to surprise me. Even if the work retains a familiar layout or colour sequence, I still want it to have its own character. It also must present a freshness over time. Since the early years of my career I have always believed that if the artist makes his/her paint interesting, then whatever it stands for will likewise become interesting. This is part of a “Formalist” theory that adheres to the idea that the medium is an integral part of the message. In my endeavour to make the paint more engaging, I have accumulated a wide range of tools that go beyond the traditional brush; they include a variety of squeegees, rollers, scrapers and sponges. As well, I don’t hesitate to collage other materials to my canvas. The interplay within the differing surface characteristics contributes to what I feel is a significant part of my personal subject matter.

I freely admit to having had many influences over the years and with time my opinions have occasionally changed; both with my work and with that of others. So, I question my own work and I make judgements all the time, often resulting in a reluctant editing process. I use the word “reluctant” because of my closeness to the work and the subsequent hesitancy to destroy something that I’ve spent a lot of time on; this combined with the thought that I might not be recognizing its quality. But wishful thinking doesn’t cut it in the final analysis. I don’t want to be satisfied with something that just outwardly “looks like art” but doesn’t really offer anything of substance. As mentioned earlier, I need each work to surprise me; not just at first glance but on an ongoing basis. It can have an element of familiarity but not to the extent that it looks predictable. Over time I want to be able to go back to the work with anticipation that there will be some added attraction and that it will keep opening up. Ultimately, I ask the historical and universally debated question of each painting: Is it art? I will assume that the viewer will ask the same question.

Finally, I want to express my sincere thanks to Kim Houghtaling, director of The Art Gallery of Swift Current and his staff for the organization of this exhibition. Kim has been a long-time friend and his interest in, and support of my work over the years is much appreciated. Likewise, I would like to thank Levi Nicholat, owner of The Gallery/Art Placement, Inc. for his ongoing encouragement and for his very insightful essay that accompanies this exhibition.