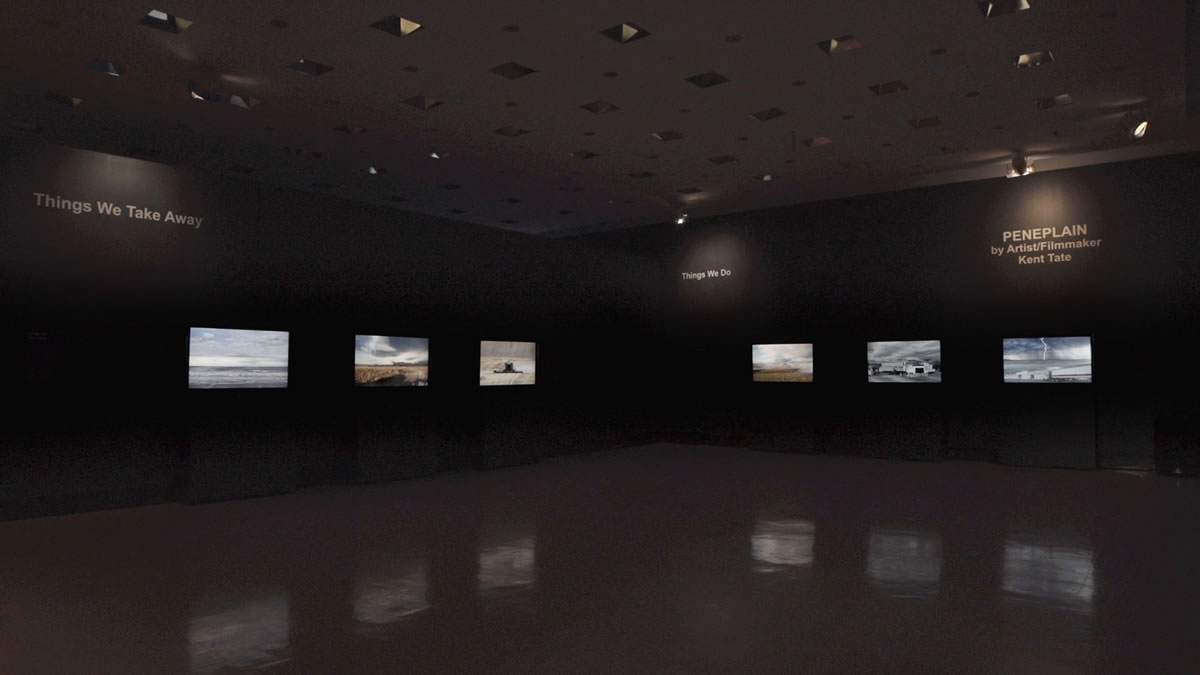 Kent Tate is an award winning Canadian artist/filmmaker whose work explores the dichotomy between tranquility and activity in our natural and manufactured worlds. Time, motion and stillness are intertwined through Tate’s work to act like a fulcrum upon which the environmental, social and philosophical aspects of his projects are held in dynamic balance. Tate has had his work exhibited/screened internationally at film/new media festivals, symposiums, juried screenings/exhibitions, and solo gallery exhibitions/tours.

From 2007 to 2014 Kent Tate lived in southwest Saskatchewan with his partner Cheryl. During that time he recorded an enormous amount of footage that chronicled his impressions of this vast and beautiful region, impressions that are both actual and fictional, imagined and real. His films since that time have received international recognition with screenings in London, Paris, and Berlin along with various screenings across Canada. “Isolated Gestures” which won the Ruth Shaw Award for Best of Saskatchewan in the Yorkton Film Festival will be shown with ten other movies that are based on his time in the Prairies to form the foundation for Tate’s exhibition “PENEPLAIN.”