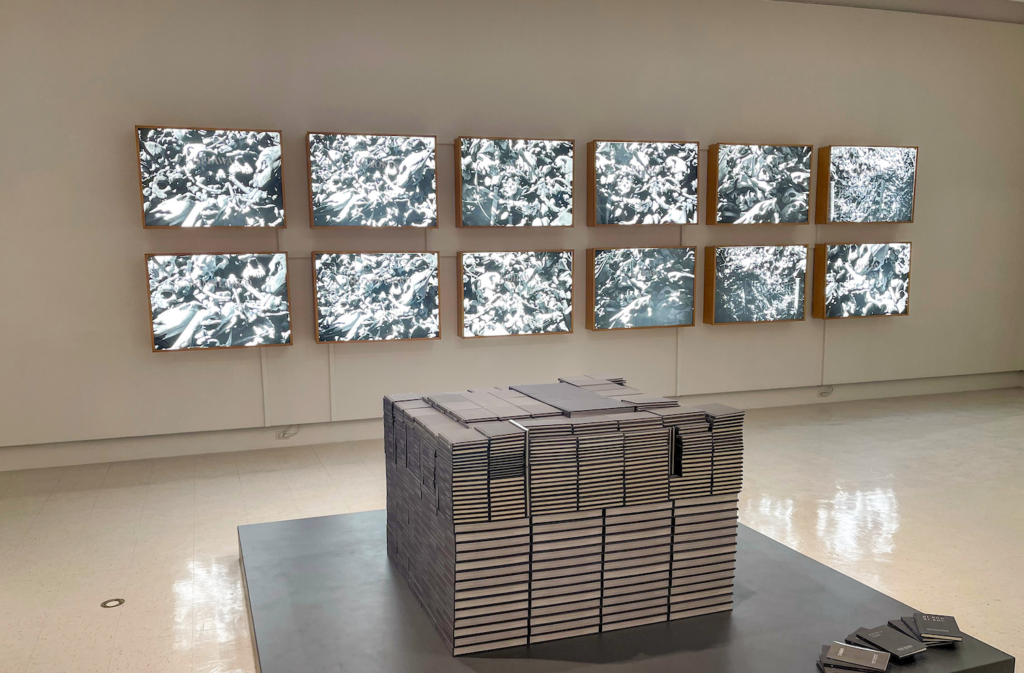 Edward Poitras will present an artist talk/tour of the exhibition Edward Poitras: Revolution in the Rock Garden at 1:00 pm on Sunday, April 24 at the Art Gallery of Swift Current, 411 Herbert St. E. / 306.778.2736 / agscprograms@swiftcurrent.ca

The talk/tour will be followed by a glimpse into the creative and collaborative process of Edward and Robin Poitras, artistic co-directors of New Dance Horizons.

An outdoor performance event is planned, weather permitting, to be followed by an event at the Lyric Theatre, 227 Central Ave N. at 4:00 pm.

This event is organized by the Art Gallery of Swift Current in partnership with New Dance Horizons and Lyric Theatre.

New Dance Horizons (NDH) is a Regina-based not-for-profit organization that since 1986, has presented local and internationally acclaimed dance shows, produced original works, and organized activities that engage both the dance community and the public.

NDH plays a distinctive and integral role in developing and strengthening the dance community in Saskatchewan. In addition to performance presentations, NDH offers courses, workshops and lectures with guest artists and community events. Thanks to the bold artistic vision and community engagement of acclaimed Canadian artist and co-founder Robin Poitras, NDH has become nationally recognized as a champion of creative dance. NDH offers adventurous and ever-changing dance encounters for everyone.

Rouge-gorge is the home of NDH Artistic Co-Director Robin Poitras’ own creative works in dance and performance art and renowned visual artist Edward Poitras. Intense collaboration with artists in dance, theatre, visual, music, and performance art is a mark of Robin’s creative practice and is the heart of her artistic vision for NDH. Robin’s creative practice is intimately tied to the community through participatory community performances and other creative outreach activities. Launched in 2009, Rouge-gorge is a foundation for research, creation, production and touring. The company produces contemporary dance and performance works by Robin Poitras, Edward Poitras, and guest artists.

The exhibition, Revolution in the Rock Garden presents a focused retrospective survey of the compelling political, spiritual, and provocative work of Saskatchewan, Métis artist Edward Poitras, created over the course of his highly respected four-decade artistic career. Poitras envisions this exhibition project as a series of “Treaty Four Art Actions”, which will play out in four acts or parts at four different locations. Venues within Treaty Four include Art Gallery of Swift Current, Moose Jaw Museum & Art Gallery, Godfrey Dean Art Gallery in Yorkton and the Esplanade Arts & Heritage Centre in Medicine Hat. These “art actions” will involve Poitras, in collaboration with the gallery curators, revisiting and re-contextualizing his past works, as well as including new works, which address the colonial history and impact of Treaty Four.