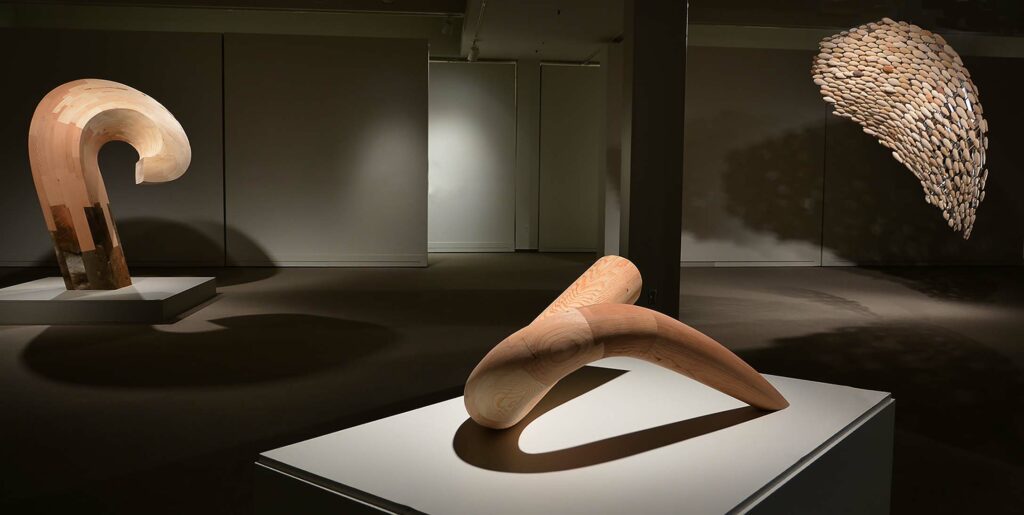 The thoughtfully conceived, designed, and meticulously crafted objects included in this exhibition are the brainchild of Moose Jaw-based artist and master woodworker Peter Tucker. These elegant hand-carved forms are internally composed with complex geometries, uniting a multitude of precision-cut elements, interlocked with intricate joinery, and affixed without the use of fasteners, to make up their seemingly simple exteriors. Although well versed and highly skilled with contemporary power tools, Peter prefers to use exclusively hand tools in the production of these exquisite icons, allowing for his enhanced engagement, feel and control with the medium. Likewise, evidence of his production activities remains “unpolished” in many of the sculptures in order to reference and even foreground the hand-made, human characteristics of the work.

The complexity of these iconic sculptures extends far beyond their gravity-defying physical presence. Embedded within each of these structures are Peter’s intricately layered conceptual perspectives. An implied movement, fluidity and the sense that these objects are but segments of something larger in the physical realm is accompanied by related theoretical preoccupations. While Tucker’s work is undeniably physical and demands that attention be afforded the technical mastery of its making, subtly underlying this physicality are a host of psychological tensions teased out by the forms. Competing concepts of movement – stillness, disruption – continuum, displacement – familiarity, balance – imbalance, quiet – restlessness all seem to coexist in apparent opposition to each other, reflecting the often ambiguous and contradictory realities of the human experience.

Tucker’s considered, deliberate and conscientious choices of referential and metaphorical forms, selected materials and object scale further activate and accentuate these recurring conceptual touchpoints. The use of reclaimed “non-precious” varieties of wood, the collection and repurposing of all the plastic the artist has used over three years, incorporated into an artwork, the precise locations determined to “clip” a form, to provide perfect balance with implied instability, all echo the artist’s investigations of self, identity and opposing forces in the natural and conceptual worlds.

Peter Tucker attended Ontario College of Art, Fine Arts (1987-1988), Mount Allison University, Fine Arts (1989 -1990), Center for Digital Imaging and Sound, New Media Arts Core Studies (2001) and participated in several residencies (2016, 2018). Tucker apprenticed as a woodworker in B.C. and continued his practice in Montreal. In 1996 Peter returned to painting and began exhibiting in 1998. He has continued to show his work in Vancouver, Montreal and Saskatchewan. In 2012 Tucker returned to Saskatchewan. His paintings explored tensions between the infinite land and sky against the fragmentation of human activity, while his sculpture wrestles with identity issues and processes of integrating conceptual fragments and layers. 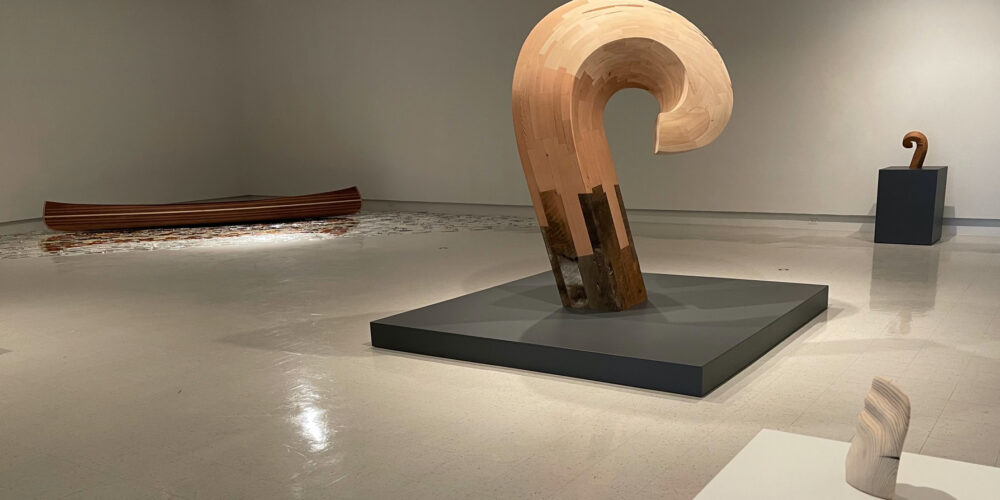 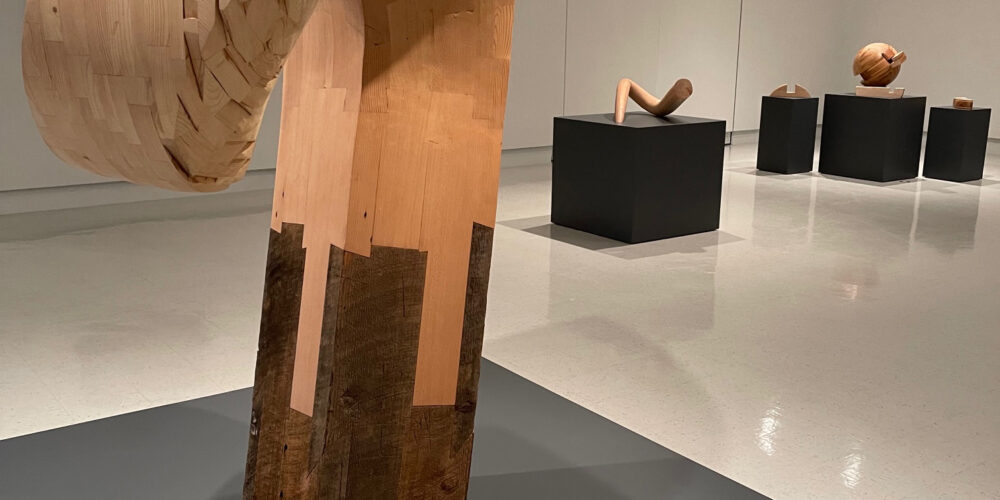 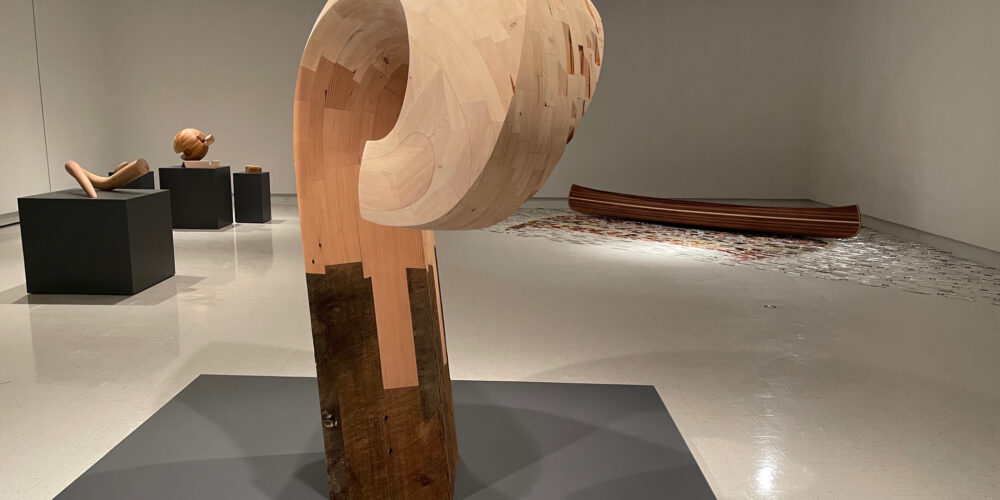 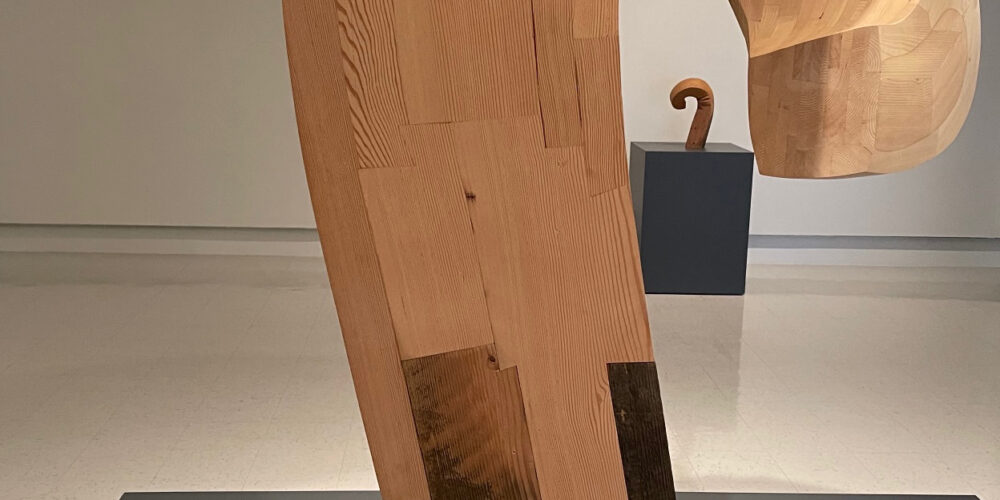 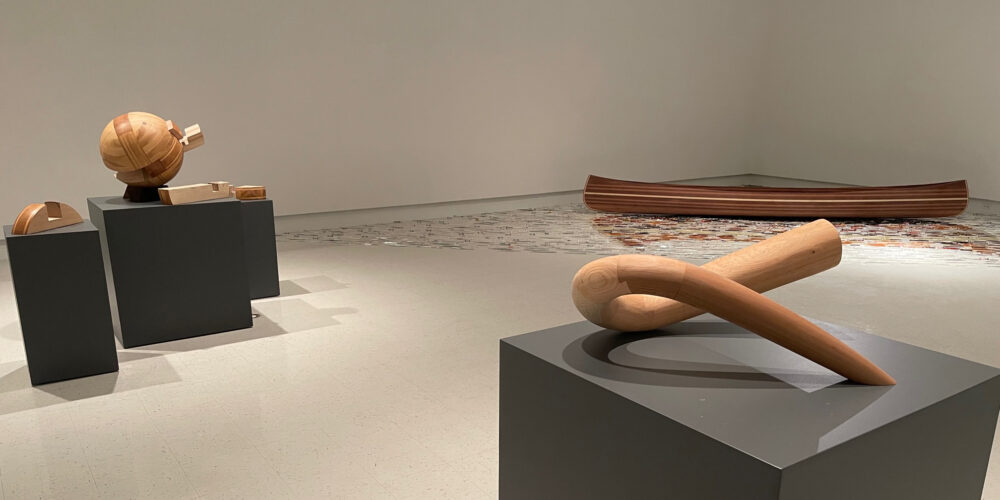 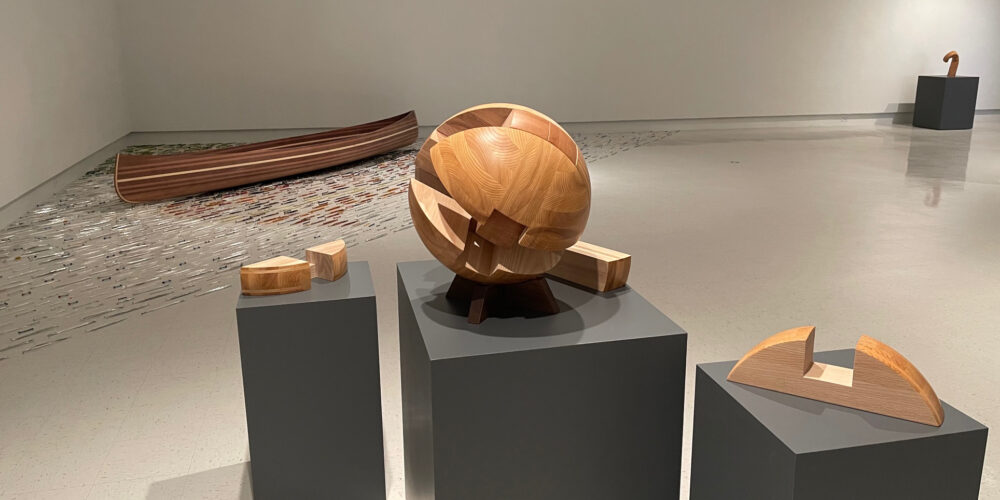 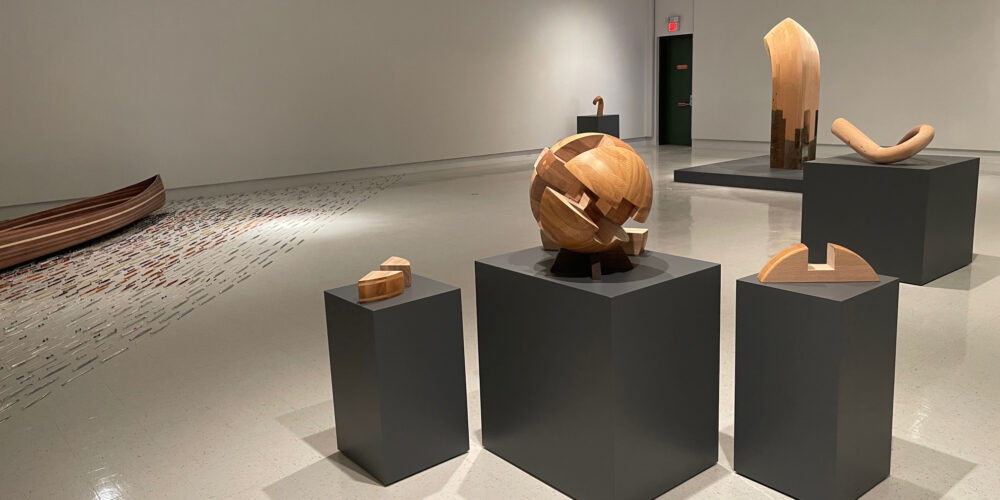 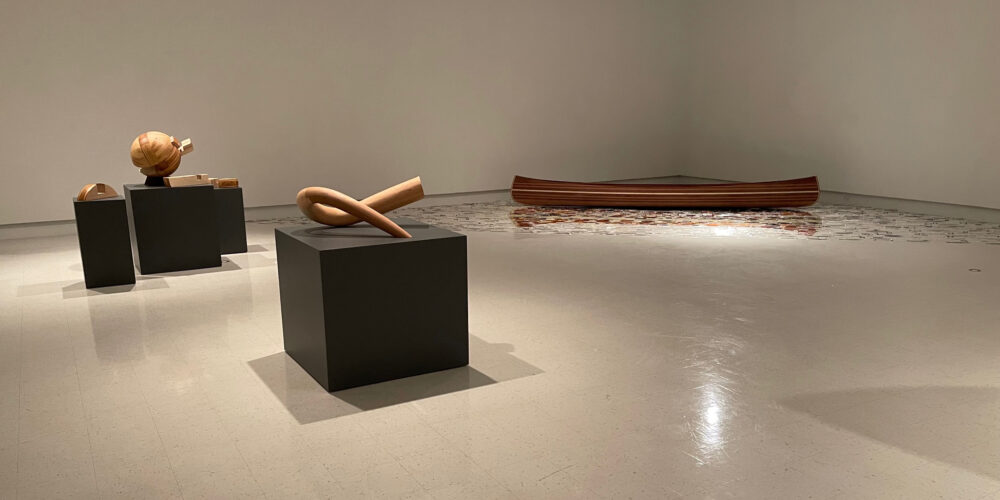